They are commonly remembered from the first series, where they came to life at night when the moon shone into the bathroom.

The episodes were written by Marcia Hatfield, screenplays by Al Guest and Jean Mathieson, and they were produced by Rainbow Animation.

The second series focused on Molly and Max, along with other character, Susie Sponge, Flash Fluoride the toothpaste, and Countess de Comb

It was written by John Patterson, produced by Ron Saunders, and directed by Craig Handley 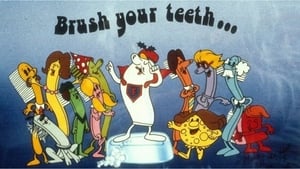