Watch The Space Kidettes full episode online free watchcartoononline.
Storyline: Set in outer space, the Space Kidettes were a group of kids who dwelled in their custom-made clubhouse. The kids possessed a treasure map which was desperately sought after by a space pirate named Captain Skyhook and his evil henchman, Static. Although the captain claimed to be evil, he only wanted the kids’ map, not to harm them. 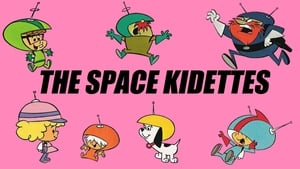