Watch The Huckleberry Hound Show full episode online free watchcartoononline.
Storyline: Huckleberry Hound is a blue-haired Southern dog with a fondness for the song, “My Darling, Clementine”, and is a jack-of-all-trades cartoon star, appearing as a scientist (trying to neutralize a gigantic, thinking potato), a Scotland Yard detective (chasing Dr. Jekyll and Mr. Hyde in Victorian London or investigating reports of a mad scientist’s Frankenstein-like weiner monster in early-1900s rural England), a Foreign Legion soldier (foiling a renegade Frenchman-turned-Arab), or a modern policeman (trying to subdue an impish ape named Wee Willie). Episodes of this television series begin and end with a Huckleberry cartoon. Sandwiched between them is a cartoon with two mischievous mice, Pixie and Dixie and a cantankerous cat named Mr. Jinks. Sometimes appearing in their stead in the middle cartoon was a free-spirited Hokey Wolf or the “smarter than the average” Yogi Bear. 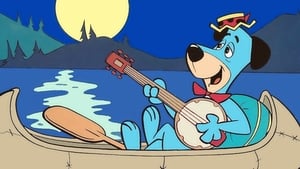 Mickey and the Roadster Racers Season 1

The Ultimate Book of Spells