The Big Guy and Rusty the Boy Robot Season 2

Watch The Big Guy and Rusty the Boy Robot Season 2 full episode online free watchcartoononline.
Synopsis: Created by the government to fight world threatening peril, Big Guy (Jonathan David Cook) was the world’s first artificially intelligent robot, or so the government wanted us to believe. But Big Guy is really just a super-suit with a man inside posing as Big Guy’s mechanic. The world was not to know Big Guy wasn’t artificially intelligent because they couldn’t tell society the technology wasn’t ready yet. Several years later, Big Guy finds himself being replaced by an enthusiastic young robot named Rusty, the Boy Robot (Pamela Adlon), who actually has artificial intelligence, as well as the mind and personality of a ten-year-old. But when saving the world proves to be too hard for Rusty, Big Guy is called out of retirement. But now he must show the young robot the ropes. 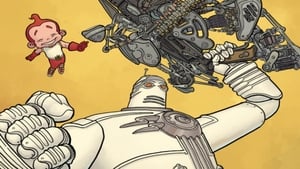 She-Ra and the Princesses of Power Season 5