The Adventures of T-Rex

Watch The Adventures of T-Rex full episode online free watchcartoononline.
Storyline: Set in a world of anthropomophic dinosaurs, brothers Bernie, Bruno, Bubba, Buck and Bugsy were born with special powers to help fight crime. Each brother’s special power was related to a specific part of their anatomy; Bernie’s legs, Bruno’s arms, Bubba’s tail, Buck’s mouth and teeth, and Bugsy’s telekinetic eyes. The group rode out on their Rexmobile to battle “Big Boss” Graves, crime kingpin of Rep City, and his evil organization, The Corporation. Kid sister Ginger was part of the singing group, but didn’t know about her brothers’ secret identities. 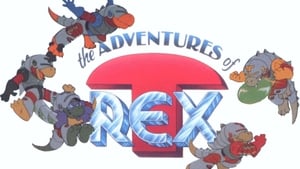 The Amazing World of Gumball Season 3