Watch Space Strikers full episode online free watchcartoononline.
Storyline: In the far future, Captain Nemo must fight against Master Phantom, an old friend of their academy times in Terrestrial Commando Alliance who had an accident that twisted his body and his mind forever. Now, half-human and half-robot, Phantom tries to conquer all the known worlds and destroy the Nautilus, the Alliance’s star flagship. Nemo, who was implicated in the Phantom’s accident and couldn’t save him, decides to capture Master Phantom to try recover his old friend. With the Nautilus’ crew Ned Land, Malcolm, Diana, Yonnak, Victory the Solarian, Dacar and Algren-18, Nemo crosses the deep outer space in the endless searching for Master Phantom and his army of robots. 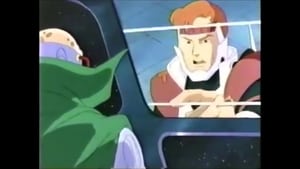 The Adventures of Tintin Season 3

Mina and the Count