Watch Foxbusters Season 1 full episode online free watchcartoononline.
Synopsis: Foxbusters is primarily set on Foxearth Farm, a fictional farm based in the English countryside which is dominated by a variety of animals, particularly the chickens. The Foxbusters are three chickens, Ransome, Sims and Jeffries, who have the unlikely ability to fly. Each has a different personality; Ransome is the best flyer, Sims is the smartest and Jeffries is the comic relief. The Foxbusters also have the ability to spit grit like machine guns, and drop hard-boiled eggs like they were bombs – and these are used to effect among other methods to keep the hungry pack of foxes in Foxearth Forest at bay. 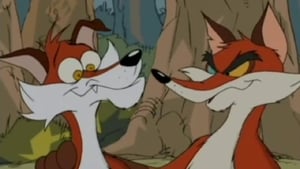