Watch Fantastic Four: World’s Greatest Heroes full episodes online free watchcartoononline.
Synopsis: This TV animated series follows the adventures of Mr. Fantastic, The Invisible Woman, The Human Torch and The Thing, otherwise known as Marvel’s most famous family, the Fantastic Four. Following the original comic story-lines, characters, and plots, the Fantastic Four will battle their most famous villains including their mortal enemy, Dr. Doom. Marvel has teamed up with Moonscoop to create an awesome combination of 2D and 3D animation that will be sure to blow you away. 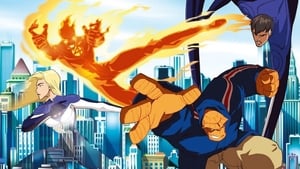 The Adventures of Puss in Boots Season 2