Watch Fantastic Four 1967 Season 1 full episodes online free watchcartoononline.
Synopsis: A rocket carrying four young people–scientific genius Reed Richards, his World War II buddy Ben Grimm, his wife Sue Richards and Sue’s hot-headed brother Johnny Storm–is bombarded by cosmic rays while orbiting the Earth. The radiation gives them special powers: Richards can now stretch his limbs, Johnny can burst into flame, Sue can render herself invisible, while Ben has been physically transformed into a big orange rock and given super-strength. They decide to name themselves The Fantastic Four, and use their powers to battle world-dominating villains such as Doctor Doom and The Mole Man. 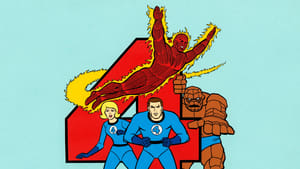 Voltron: Defender of the Universe Season 1