Captain Scarlet and the Mysterons

Watch Captain Scarlet and the Mysterons full episode online free watchcartoononline.
Storyline: In the year 2067, Earth receives a mysterious signal from Mars, a newly formed international intelligence and anti-terrorist organization, Spectrum, whose agents are code-named according to various colours. Spectrum sends one of their top agent Captain Black on a mission to find the signal source. He and his crew discover a hidden alien race called The Mysterons, who are curious about Earth and it’s inhabitants and sent the signals to meet new life. However Black mistakes a camera for a cannon and orders an attack on the Mysteron complex. This misunderstanding provokes the Mysterons to declare a war of nerves on Earth and throughout the series, they continually make terrorist threats to either kill VIP’s such as world leaders, destroy locations such as cities and countries, and in some cases even entire continents. 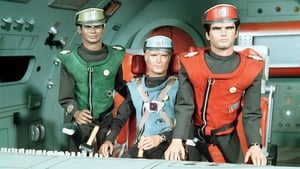