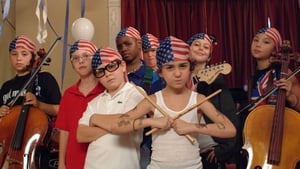 Alvin and the Chipmunks Meet the Wolfman (2000)