AnimationComedyFamilyTV Movie
what going on?

Watch I Yabba Dabba Do! (1993) full episodes online free watchcartoononline.
Synopsis: Many, many years have passed and Pebbles and Bamm-Bamm are all grown up. They’re thinking about getting married, and the father of the bride says “money is no object”, which he willfully regrets when his boss, George Slate, fires him. The bank won’t give him a loan, either. Fred and Barney need money, and quick. Pebbles is quite carried away about the wedding. Even Fred’s nemesis, Pearl Slaghoople, Wilma’s mom, drops in. Eventually, Pebbles and Bamm-Bamm decide to elope in Rock Vegas, so Fred and Barney head off to save them, while watching out for a gang of evil hoods. Soon the wedding is on, and the Flintstones have invited their best friends Bill Hanna and Joe Barbera to join in. 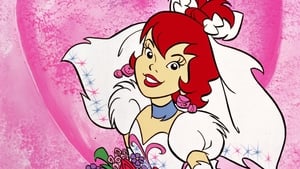 Maggie Simpson in Playdate with Destiny (2020)